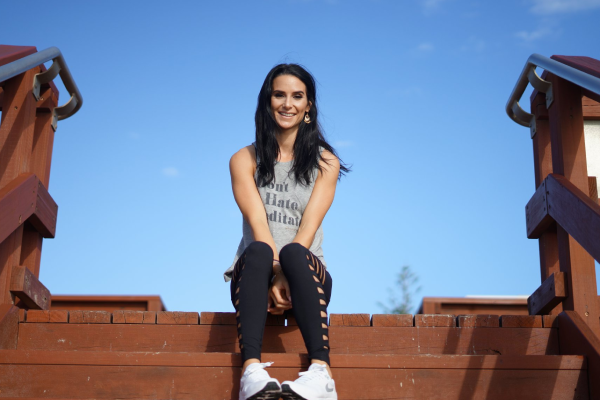 One thing I’ve struggled with since I was a teenager is the Victim Mentality.
And ‘judging, but not judging.’

You know where stuff inevitably happens in life – a friend betrays you, a colleague off loads their work to you all the time, your relationship seems one-sided… all those kinds of things. The ‘stuff’ happens to us, and we KNOW it’s not right, and if it were up to us, we’d do it differently, or better.

But instead of speaking up, we suck it up.
And seethe in victimization. Feeling like we’re constantly having our boundaries pushed.

Until recently, I found myself tripping up on life left, right and center, because I felt as if everyone was ‘mistreating me in one way or another.
Lately, I realised I have had no way of gauging when things were ‘too much, or on the contrary, not up to par. I suspect that lack of emotional and self-awareness had a lot to do with why I kept finding myself in these kinds of situations.

I would notice myself feeling slighted, and then in response would unconsciously blame or resent the other person.
So, an unconscious pattern evolved that went something like this:

Feel triggered by someone or something,
Then,
Instead of identifying and communicating that said trigger made me feel uncomfortable, I would react passively and avoid addressing the situation directly.

Maybe you’ve experienced this in your own life at some point
(or a lot of points…
…or on a daily basis…?!?)

I think Brene Brown summed it up perfectly when she said, “When we fail to set boundaries and hold people accountable, we feel used and mistreated. This is why we sometimes attack who they are, which is far more hurtful than addressing a behaviour or a choice.”

So what’s the dealio?
How do we quit the passive-aggressive avoidance approach, and learn to command healthy boundaries?

The first step? Clarity.
You have to know what you stand for.
What do you value?
How will you behave, or not behave?
Where do you draw the line with your beliefs?
Taking some time for introspection to get clear on your own beliefs and limitations is important.

Because the second step… involves communicating your needs and limits.
If you don’t know your needs and limits, how can you expect anyone to be mindful of them?
Clarity is powerful. So make sure you know what YOU stand for. Or you’ll forever be going with the flow of everyone else’s views and expectations.

Second step: don’t be afraid to communicate your needs and beliefs!

I know it’s hard, because we have to challenge the status quo; and maybe our view is wrong, or maybe we’ll cop a backlash; or maybe, maybe, maybe… (enter your list of go-to avoidance strategies here).
But if you DON’T speak up, you will be forever trapped in the passive-aggressive cycle of victimization (…basically the cool burning fire of hell).

One thing I have experienced over the past year in working on this myself, is that it’s actually quite a humbling experience.
You can forget the tigress – roaring – Viking woman imagery that you THINK it must take to assert yourself.
And try to think more of the empathetic – yogi – warrior – goddess who has everyone’s best interest at heart.
Because you don’t need to be aggressive. Being assertive is simply acting with confidence, and not being scared to say what you think. There is no malice intended, such as with aggression.

Asserting healthy boundaries is a step towards taking responsibility.
It’s simply surrendering to the fact that hey, you might get it wrong sometimes, and you might get it right sometimes. But with conscious, assertive communication, BOTH party’s needs can be heard, with the chance of a mutual understanding being met.
If you DON’T speak up… that opportunity for mutual respect can’t arise. And the cycle of victimisation continues.

Recently I decided I didn’t want to live my life like stuck in a passive-aggressive loop.
I realized that I am a person, with my own unique ideas and beliefs. I honor and respect the ideas and beliefs of my peers, even if we don’t always agree. Because strong relationships are built on trust and honesty – that we can speak up with love and a desire to build a better understanding of one another, without fear of being wrong or judged. So just as I hope my peers will be open and honest with me, I will strive to be open and honest with them.

I have to say, so far it’s been life-changing. I finally feel like I have some level of control over my responses to life. It’s been a long haul of an ongoing commitment to meditation, and contemplation, and laborious conversations with my loved ones (God bless them!) to finally understand the whole concept of being assertive and upholding healthy boundaries. And it’s been so, so worth it.

So.
Do the work on yourself first.
And dig deep to assert yourself in standing up for your personal boundaries.

It’s the kind of life skill that will transform every facet of your life.
Getting to know yourself and observing your own edge is part of growth. And the funny thing is, sometimes it’s having our limitations pushed that acts as the catalyst to finally set those much-needed personal boundaries!

Would love to hear your thoughts on this.
Do you have clear boundaries in place?
In what ways has a lack of boundaries let you down?